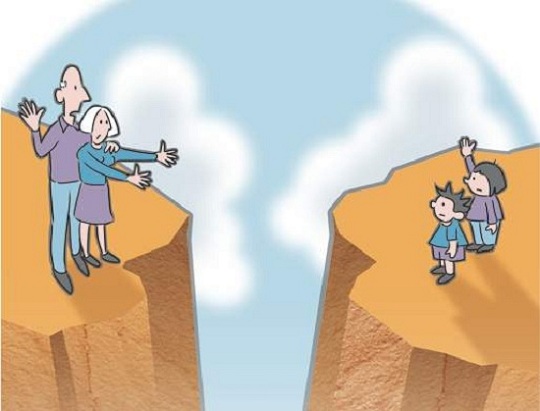 Susan Hoffman thinks about her grandson, Jacob, every day. But the California grandmother hasn’t seen the boy in years. That’s because the boy’s mother has denied Hoffman access and the boy’s father — Hoffman’s son — gave up his parental rights, Hoffman said.

Not long after her separation from Jacob, when he was 5, Hoffman started a support group, Advocates for Grandparent-Grandchild Connection, in 2005, to deal with the intense emotions and grief she felt. It started off as a handful of grandparents meeting each month to discuss similar issues. Now the group is a nonprofit that has fielded thousands of calls and e-mails from grandparents across the country. Hoffman also has penned the book “Grand Wishes” on the topic.

Hoffman believes the issue of grandparent visitation rights is becoming more and more prominent. “It is a growing social problem,” she said. “The courts are getting busy with these.”

Bend family law lawyer Angela Lee agrees. “It’s a huge issue nationally, and it is an issue in Central Oregon.”

She hears from about one family a month going through some issue involving grandparents.

“I’ve seen grandparents get left out so often, and they’ve done nothing wrong,” said Lee.

On the other side, moms and dads are fighting for their rights to parent their children as they wish, which means determining who gets to see them.

Hoffman says a common scenario involves the death of a parent, and “the surviving spouse cuts off the parents of the deceased.” The surviving parent wants to “cut off all reminders of the parent that died.”

She recently talked with grandparents whose daughter was killed in a car accident. A month after the daughter’s funeral, her husband cut off all visits and phone calls from the grandparents and moved away. The father supposedly did this because he didn’t want his children to see their grandparents’ grief.

“It’s hard to digest that that is a reality,” said Hoffman.

The cases she hears about are split fairly evenly into three groups: those with a son or daughter who has died, who has divorced or is separated, or who is in an intact marriage or relationship.

A typical case Lee sees involves a couple getting a divorce and the mother deciding she doesn’t want the paternal grandmother to have access to the kids anymore. Less often she sees adoption cases, in which, say, the mother dies, the father remarries and the stepmother wants to adopt the children; the grandparents can seek visitation, but they have to file the petition “prior to the entry of the adoption decree,” said Lee.

She has seen cases in which the grandparents misread the legal documents or don’t understand and end up losing their ability to see their grandchildren. “They are heartbroken. They already lost a child, now they are going to lose contact with a grandchild,” said Lee.

Sometimes, she said, grandparents believe they have a solid relationship with a parent, but those relationships can change quickly. In most of the cases Lee has handled, it isn’t an issue of how much time the grandparent gets, but of “outright denial” of any visitation.

In some cases, the grandparents have issues the parents want to protect their children from. “Not all grandparents are warm and fuzzy and bake cookies.”

But Lee said she’s seen many cases in which “one party is trying to get back at another. It’s unfortunate because the kids are the ones who suffer.”

Each state has its own laws governing grandparents’ rights. All were affected by the U.S. Supreme Court decision of Troxel v. Granville in 2000. The case came from Washington state. Tommie Granville and Brad Troxel had two daughters. After the pair split in 1991, Troxel’s parents, Jenifer and Gary Troxel, got to see the girls on most weekends. Brad Troxel committed suicide in 1993. Granville wanted to allow the Troxels to visit their granddaughters once a month. The Troxels wanted more visitation and went to court. At the time, Washington law allowed any person to petition for visitation rights at any time. That law was later struck down by the U.S. Supreme Court and the Troxels ended up losing all visitation rights.

“The U.S. Supreme Court said the right of the parents to parent is a fundamental federal constitutional liberty right,” said Los Angeles lawyer Richard Gould-Saltman, who has been in family law for 31 years.

In California, Gould-Saltman says the law has “extremely high deference to the wishes of parents.” Because of this, he regularly advises grandparents seeking visitation to try to work it out without the court.

Before Troxel v. Granville, grandparents were able to apply for custody and visitation in Oregon, said Lee.

Now, grandparents are treated the same as any other third party, the same as, for example, a stepparent, neighbor or aunt.

Lee says the court has a basic presumption that parents are acting in the best interest of their children. To get visitation, the third party must show this isn’t the case by filing a motion to intervene. Lee says the court will look at whether the person served as the child’s primary caretaker, if it would be detrimental to the child if the person did not have visitation, if the parent encouraged and consented to the relationship in the past, if the visitation would not interfere with the parent-child relationship, and other factors.

The burden of proof is on the third party. Lee says the biggest issue she sees is people not being able to afford the cost of going to court, which can quickly add up to thousands of dollars. People are not required to have a lawyer, but Lee says the system is not user-friendly without one. She suggests if grandparents are thinking about this issue, they should act soon. The longer they wait, the worse their case will get.

While groups like Hoffman’s are advocating for grandparents’ rights, there is no similar organization fighting for parental rights, says Catherine Smith. She was the lawyer who argued in front of the Supreme Court on behalf of Granville, the mother in the case.

“I am very wary of judges making decisions instead of parents,” said Smith, who is currently a lawyer in Seattle.

She thinks sometimes grandparents feel they are entitled to more than parents want to give. In the Troxel case, she says the grandparents were not being denied access, they just wanted more. Smith calls this “a waste of judicial resources.”

“You can’t litigate yourself into a good family relationship,” said Smith. In the Troxel case, their insistence on wanting more ended up causing them to lose out on the relationship. Smith says the grandmother thought she should get the visitation her son would have gotten if he were alive. “It destroyed any family feeling that could have been,” said Smith.

She believes the courts should not step in unless the children need to be protected.

“I don’t think the courts do a good job of managing family life,” she said.

Hoffman recognizes not all grandparents are positive influences, and she supports parents’ rights to raise their children as they see fit and to choose which people have contact with their children. But once the relationship and bond exist, Hoffman feels “the grandparent and child’s relationship needs to stand on its own.” She thinks if parents want to cut off grandparents, they should do so from the beginning so a bond never forms.

“Grandparents just want to love the children,” she said.

But too often she feels parents choose to cut off grandparents after a dispute that “has nothing to do with the child.”

Hoffman, however, doesn’t believe grandparents can do whatever they like. Far from it. She thinks grandparents should do whatever the parents ask of them. She knows of one grandmother who, in order to regain a relationship with her grandchildren, has started going to therapy to address some of the issues her son brought up.

Sometimes Hoffman encounters grandparents who feel the need to be right, who offer unsolicited advice and tell the parents how to raise their children. Hoffman encourages these grandparents to take a step back. Grandparents need to “live within the boundary lines” established by parents. “If you get one time a month for 10 minutes, then that’s what you’ve got.”

For Hoffman, who still aches for the grandson she hasn’t seen in years, 10 minutes a month would mean the world.

Alandra Johnson can be reached at 541-617-7860 or at ajohnson@bendbulletin.com